Our event in March 2017 was headined by 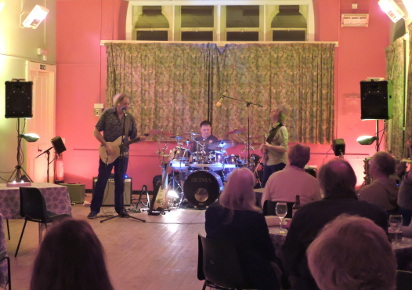 4 Parts Blue are a seasoned, Exeter-based blues band with an original approach to this classic genre. A mix of influences and backgrounds combine to create their unique sound:

4 Parts Blue played two sets stuffed to the gunwales with great blues vibes. Several people just couldn't resist the urge to get up and dance.

4 Parts Blue were supported by 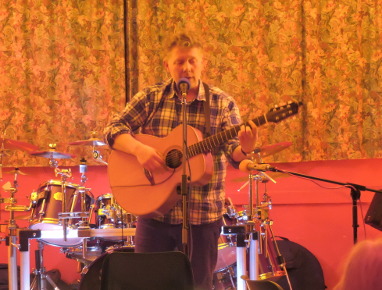 We were treated to some great finger-picking guitar playing from Adrian Shearing. ...and what a great voice too. Adrian played us songs of several styles, including the blues, but also a couple of folk tunes - something to do with him usually playing guitar for Sheer Hopody Barn Dance Band perhaps? Lots of requests to have him back :-)