Our event in June 2014 was headlined by 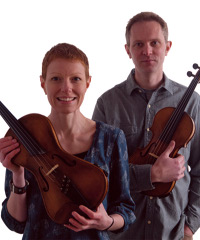 What a delight. Nick and Becki were joined by double-bassist James Budden and treated us to an hour-and-a-half of first class folk. With their new album "A Handful of Sky" hot off the press, their appearance at Hollocombe Music Club was a 'warm-up' for their official album release the following day at the Plough Arts Centre in Torrington. Well, if they needed to warm up, it certainly didn't show. We couldn't have wanted for anything better. We hope they can come back soon :-) Have a listen:

You can buy their latest album from their website:
englishfiddle.com

Nick & Becki were supported by 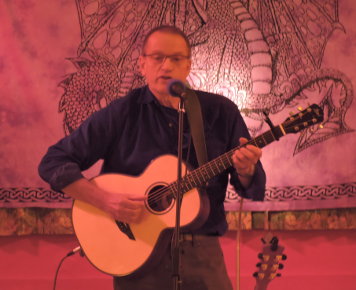 Trev entertained us with a number of his favourite songs - some of which are written by himself. Here's one such that he started with:

...and starting the evening's entertainment we had 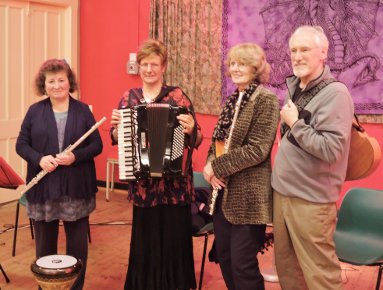