Our event in April 2015 was headlined by 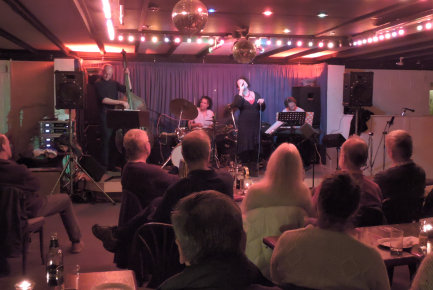 Growing up in a house filled with the music of calypso, opera and folk (enjoyed by her Jamaican-born mother) plus swing and be-bop (from her jazz-loving father) it was inevitable that as a jazz singer, Louise Parker would soon establish a huge reputation amongst jazz enthusiasts for her uniquely warm and soulful style.

Louise is a powerful live performer and a skilful interpreter of swing, blues and gospel classics, combining an effortless rhythmical style, a perfectly controlled tone, and an endearing personality to create a truly unforgettable experience.

Louise was joined by three of Devon's hottest jazz instrumentalists:

Here's a recording of them playing 'The music is the magic':

...and here they are in a more bluesy mood playing 'Good morning heartache':

Louise Parker was supported by 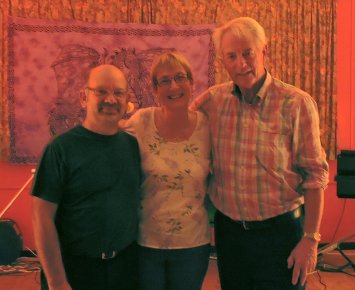 All Bar One were very well received when they performed at the HMC back in October. This was another chance to hear them again.

...and starting the evening's entertainment was

Nisheetha, Steve and Trevor again entertained us with a number of their favourite songs, with Chris joining them on flute and vocals for their closing number.